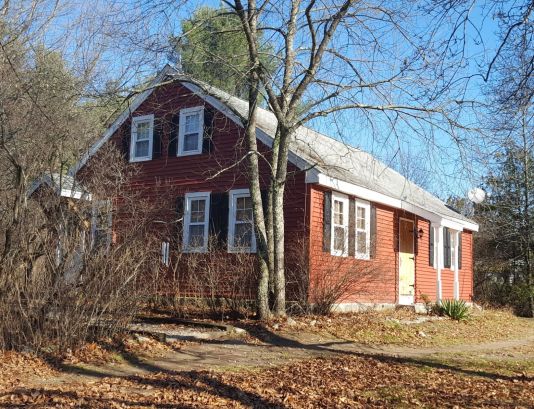 Many remember this house as the home at Rose Chalifoux and Sons Farm; and later the home of Floreda Chalifoux. John B. and Rose (Delisle) Chalifoux and their family of two sons (Levi and Ernest) and one daughter, Floreda lived in Drewsville, NH an unincorporated community within Walpole, NH when John was killed in a lumber accident. In 1921 Rose and her oldest son Levi (age 21) purchased the farm of Bernard Ready in Hudson, NH. According to the deed of purchase this included land and buildings plus all the cattle, tools, and horses on the farm. The family them moved to Hudson and took on the operation of the farm; at the time Levi was 21, Ernest 17, and their sister Floreda was 18.

Brothers Levi and Ernest worked to improve and expand the dairy farm from that time until the mid 1970’s. In it’s prime the operation consisted of 60 Jersey Cows. Originally milking was a hand process; straining the milk into 20 quart jugs, water cooled on the premises until they were picked up by Descheaux Brothers of Dracut for processing. As times progressed electric milking machines were used and ultimately in the 1960’s a bulk tank was installed for storing and cooling the milk. Levi and Ernest were very acting in Hudson Grange; serving as officers locally, at the county, and state level. They displayed some of their prized Jersey cows at the Hillsborough County Fair. In 1949 they were recognized by “Look” magazine when they won the Golden Cup Award for one of their Jersey cows.

Levi married a Hudson girl, Mildred Shunaman, whose family operated a farm on Musquash Road. Soon after their marriage in 1939 they built a house a short distance from the farm home on Chalifoux Road. They had two daughters, Laura and Margery, both attending Hudson schools and graduating from Alvirne. Laura graduated from UNH with a biology degree. She was employed in the medical research field for many years during which time she authored/coauthored many scientific papers and book chapters. Even from her childhood she was a lover of animals. Laura passed in September 2016 and was laid to rest in St. Peter’s Cemetery in Walpole, NH with her parents and family. Margery married Walter Coomes, JR in Februaray 1969 and they have a family of one son and a daughter. They reside in Belchertown, MA. Mildred Chalifoux is remembered by many as their elementary school teacher in Hudson.

Levi married Ethel Morris of Pelham in October 1947. They likewise moved into their own home adjacent to the old homestead. Ethel, like her sister-in-law, was an elementary school teacher in the Pelham School District.

I had the pleasure of meeting with Dick Hanlon, present owner of this house and a great nephew Ernest and Ethel Chalifoux. Dick fondly recalls driving one of their grey Ford tractors at an early age as he helped his uncles cut, dry, rake , and bail hay from their fields to store for winter feed for their dairy cows. In addition to their own fields, they would harvest the hay from the Luther Pollard and Ben Morgan farms along Lowell Road. Whenever they had too many bails to store in their own facility the used space at the Lebouf barn on River Road.

In the late 1970 the Chalifoux farm was leased to Jack Allen of Walpole, NH for 5 years. During this time he continued the dairy operation and added strawberry fields. Many remember visiting Alllen’s Strawberries to ‘pick your own’ berries. By 1982 Jack returned to the Walpole area and the Jersey stock was sold. The farmhouse was subdivided from the farm land. The farm land was then sold to Sanders Associates (now BAE Systems).

Fromt the earlier history of this house we learn that in 1892 it was on a portion of the Sylvanus Winn Farm. Upon his death it was purchased by Clarence and George Muldoon of Pelham who later sold to Bernard Ready of Lowell who in 1921 sold to the Chalifoux family; hence the present day name for the road. Looking at the 1858 Chace map we see this house was in the family of Timothy Ford who had ownership until 1880 when it transferred to Sylvanus Winn.

In 1942 this house was included in a booklet written by the Hudson Fortnightly Club entitled “NH Homes Built Prior to 1842” From this booklet and research at the Registry of Deeds we know that William Winn and his brother Isaac took possession of this place about 1830. William Winn was born 1797 in Hudson and married Pirsis Gildore of Manchester in 1830. Pirsis passed in 1843 and one year later William sold the place to Timothy Ford and moved to Pelham. 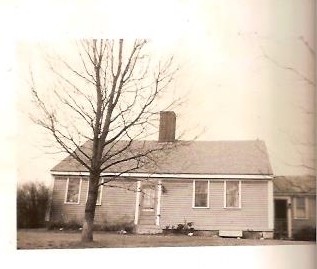 A search at the Registry of Deeds tells me the previous owner, and the earliest I have found, was John Pollard. A few years prior to 1830 he had mortgaged the place to Moses Greeley, Jr. This mortgage was assigned to William and Isaac Winn in 1830. As a result of some judgements against Mr. Pollard the property was seized by the sheriff to satisfy those obligations. By April of that year a sheriff’s deed transferred the property to William Winn.

A few other facts of interest. In early deeds what is now Chalifoux Road was called the Ferry Road. According to Kimball Webster and his History of Hudson, NH a ferry at the south end of town was established by Jonathan Hardy who was assessed here in 1748. This ferry was later known as Pollard’s Ferry and was likely operated by Capt. John Pollard son of John Sr.

I hesitate to give a build date for this house. We do know that a house existed on this premise in 1830 and also while John and Elizabeth Pollard resided here. This house has a number of features we find in houses of the mid to late1700’s. There is a center chimney with 3 fireplaces on the first floor; a large one for the kitchen and smaller ones for each of the living and dining rooms. It is a 1 1/2 story house with 2 bedrooms on the second floor. The windows were narrow and tall with 4 panes of glass (2 over 2) in each. Some rooms had ‘gunstock corners’. This feature shows a part of the corner post exposed to the interior of house; resembling the stock of a gun; hence the name. The sheething board were wide and and rough. The rear wall was a double wall stuffed with sawdust for insulation.

If one were to build a list of Hudson houses built prior to 1800, the William Winn house would be included. In fact this is clearly one of the oldest in our town.  Researched and written by Ruth M. Parker.